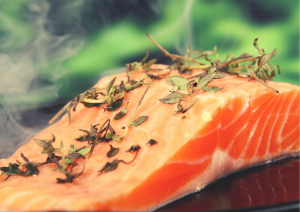 Anxiety is a common problem for many people – including myself.

It characterizes by constant worry and nervousness and is sometimes related to poor brain health. There are several strategies one can use to help reduce anxiety symptoms, from exercising to deep breathing.

Additionally, there are some foods and beverages we can eat that may help lower the severity of symptoms, mostly due to their brain-boosting properties: